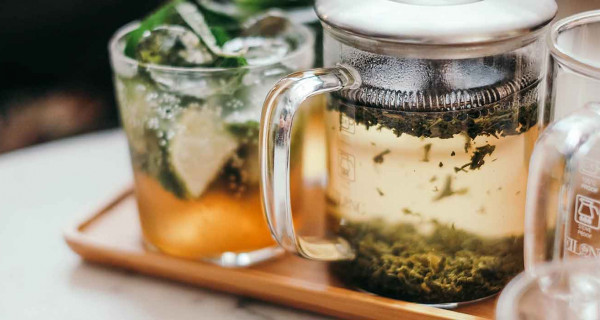 10 Most Expensive Teas In The World - The Public Mag

The most popular and preferred beverage today in the world is tea. Tea is like a cup of life to people. Earlier, tea leaves used to boil like a hot beverage for medicinal purposes.

Tea drinking habits originated from the Southwest part of China, particularly the Yunnan area. In the early days, every dynasty had its way of making tea; some boiled the leaves, some steamed them, and some air-dried them to prevent them from oxidizing and retaining their green color. Since then, tea has been in regular drinks and experimented into many forms and tastes.

Today, tea is a go-to drink to calm the nerves and obtain a relaxing feeling. This happens because tea leaves contain L-theanine, some caffeine, and theophylline. The beverage has come a long way and has taken many forms like Turkish Tea, Cream Tea, Gunpowder Tea, Masala Tea, and many more.

Today, India produces 22% of the total world tea production, and it is second behind China, which produces 43% of the total production. However, India is the largest tea-drinking nation, and tea is the most consumed beverage after water.

On average, tea consumption in India rises by 2.5% each year. During 2020-2021, India consumed more than 80% of its tea production, which is 1145 million kgs. in one year. The numbers are off the chart here. The majority of tea production in the country happens in Assam and West Bengal regions.

Expensive Tea in the World:

Tea has evolved over the several years and now has even got expensive. The top 10 most expensive teas in the world are, starting from lower to higher:

The broken leaf black tea is cultivated in regions of Europe. One unique fact about this tea is that it is harvested using only the third leaf of each plant. The broken leaf black tea transforms into a beige and copper color and unique aroma when boiled. The tea cost is $405 per kilogram, giving it a spot in the top 10 most expensive tea globally.

Gyokuro tea originates from the regions of Japan and is grown and cultivated uniquely. To harvest these leaves, they are first blocked from sunlight for about 2 weeks to increase the production of amino acid content in the leaves. They originate from the Uji region of Japan and cost around $650 per kilogram.

The name Pu-Erh means dropping from insects. So, the name suggests that this type of tea is made from insects' droppings. These leaves originated in the 18th century and are now cultivated in Taiwan, China. The workers separate the tea leaves from the dropping of insects; this gives the tea a unique flavor and aroma. The cost of the tea is $1000 per kilogram.

Another expensive type of tea resides in the region of China. The Tieguanyen Tea is black and green, which gives a unique nutty flavor when fermented. The name Tieguanyen means Iron Goddess of Mercy. A unique fact about these leaves is that they can be reused up to 7 times before being destroyed. The cost of one kilogram of Tieguanyen tea leaves is $3000 per kilogram.

Yellow gold tea buds originated in regions of Singapore and cost $3000 per kilogram. The unique thing about this type of tea leaves is that they are coated with 24-carat gold. In addition, they can be harvested only one day out of 365 days, which makes them extremely rare and expensive.

This type of Oolong tea also originates in regions of China of the Wuyi Mountain. Vintage Narcissus consumers describe the taste and aroma as wood and Chocolate. The cost of the tea is $6500 per kilogram.

This type of tea leaves came from Panda, as they are made from Panda bear droppings. Panda dropping has been considered nutritious and full of protein because of its diet. The cost of the leaves is $70,000 per kilogram.

PG tips diamond tea bag got its name as the tea bag is filled with more than 250 pieces of a diamond combined with the rare Silver Tips Imperial Tea. These are not tea leaves but teabags. Each tea bag costs $15,000.

Da-Hong Pao Tea is officially the most expensive tea globally, and it resides in China. The process of harvesting and cultivating this type of tea remains a secret to this date and costs a whopping $1.2 million per kilogram. It remains a secret as the origin dates back to the Ming Dynasty, and the makers honor them by not revealing the process to the general public. It makes tea a rare item, and it is considered as a royal gift.

Tea has come a long way since its origin. China is the home to most of the most expensive teas globally. Some tea leaves are unique by nature; others are unique by people. Some are harvesting only one day in a year, and some have a 24-carat gold coating.

Tea is the sweetest beverage worldwide, and many innovations and experiments are going on to make tea leaves more unique, rare and expensive. In the coming years, Da-Hong Pao Tea will lose its spot as the most expensive tea, and some other type of tea will surely take over.

The Publicmag is a proud of AMITKK - SEO Company in Gurgaon

Feel free to use images in our website by simply providing a source link to the page they are taken from.

Please keep your views respectful and not include any anchors, promotional content or obscene words in them. Such comments will be definitely removed and your IP be blocked for future purpose.

What Are The 7 Promises of Hindu Marriage

10 Most Expensive Teas In The World - The Public Mag

Which is better White Hat SEO or Black Hat SEO

What Are the Basics of Copywriting

Want to publish your blog with us?